Abstract: The new Italian Crisis Code, recently enacted, which replaces the old bankruptcy law, provides for a panoply of contractual devices to prevent temporary financial crisis from turning into insolvency. One of them consists of the eventual recognition of the moratorium agreement which allows debtors and creditors to freeze the crisis either to overcome temporary and unexpected financial hurdle (e.g. a pandemic outbreak) or to allow the negotiation of a more ambitious recovery plan without the pressure of the most annoying creditors.

The financial crisis caused by the “SARS-CoV-2” outbreak in Italy may affect the ability of borrowers to pay their debts in a timely manner, at least for a limited period.

It is quite likely that many medium and small sized enterprises will be damaged by the sudden and prolonged economic slow down.

In the ambit of bank loans and other financial contracts, there will be little room for debtors to call for general remedies provided for by the Italian civil code in such exceptional circumstances. Such remedies (analogous to hardship clauses in a common law context) will be normally unavailable to avoid or suspend performance of pecuniary obligations which consist of the obligation to transfer or make available to the creditor a fungible good par excellence like money.

Moreover, any remedy consisting in the acceleration or termination of financial contracts will likely result in a disruptive solution both for borrowers and lenders, debtors and creditors, to the extent they both acknowledge that a financial crisis is temporary.

In order to face the immediate economic consequences of the pandemic outbreak and of the consequent “lockdown” of large part of the national production, the Italian government has enacted a Law Decree, n. 18 of March 17, 2020, also known as the “Cura Italia” decree.

In particular, article 56 of the Decree provides that small and medium sized enterprises are entitled to suspend, delay or procrastinate financial indebtedness towards financial institution and banks provided that they had no material exposures which might qualify as risky according to the EU and national capital adequacy regulatory framework for financial intermediaries.

The financial institutions affected by the extraordinary remedies activated by their borrowers, according to the same article 56, will be guaranteed by a special state owned fund created in the ambit of the general fund aimed at facilitating the financing of SME by the banking and financial sector, which was set up on the basis of Law n. 662 of 1996.

Pursuant to article 91 of the Decree, in any case, no interest on arrears or on late payment or default interest shall be due when a delay or a default has occurred which is the result of the borrower’s compliance with the restrictions legally imposed by the emergency.

A reasonable interpretation of the said article 91 of the Decree entails that no acceleration of the credit facility may be declared by the lender where such default is due to the borrower’s compliance with legal restrictions.

It is debatable whether (out of the scope of application of article 56 of the Decree) a suspension of any drawdown of the facility would be admissible under the same circumstances.

Other facilitations have been included in the general agreement reached on March 6, 2020, between the Italian banking association (ABI) and some associations representing enterprises in various markets.

Unfortunately, Central Credit Registers (like SIC) informing the financial system about any default or delay by the borrowers shall in any case report the payment suspension although not as a negative suspension.

It is worth pointing out, however, that in the long run temporary remedies and the guarantee of the state owned fund will likely no longer be available, but the financial aftermath of the Covid-19 severe sanitary crisis will still be a huge shadow on the ability of SME to promptly recover. Further, it is predictable that suppliers will aggressively pursue recovery of their receivables in spite of the temporary suspension of financial indebtedness.

In this scenario, the possibility of seeking recourse in ordinary remedies and recovery strategies offered by the Italian legal system will be decisive.

Under Italian law the most eligible tools for a company which is in a temporary financial crisis are set forth under the new Italian Crisis Code (“ICC”) approved by decree n. 14 of January 12, 2019 and recently entered into force. The entire ICC will enter into force on August 15, 2020.

Article 2 of the ICC provides a definition of “crisis” (status of): “a status of economic-financial difficulty which may likely result in the insolvency of the debtor and, as to undertakings, is evidenced by insufficient prospective cash flow to regularly meet the planned costs”.

Among the various legal devices offered by the ICC in order to face a crisis, it is worth mentioning the “moratorium agreement” (commonly also known as “standstill agreement“), governed by article 62 of the ICC. This instrument was firstly introduced in 2015 (Law Decree 83/2015) only for financial debts of commercial undertakings (debts towards financial players such as banks, financial leasing companies and other financial companies authorized to provide financial facilities to borrowers).

The provisions contained in article 62 of the ICC, on the contrary, apply to any debtor (commercial or not) and to any creditor (financial intermediaries or not). The definition of the moratorium agreement is the following: “The moratorium agreement is entered into by a debtor and its creditors aimed at temporarily governing the effects of the crisis and has as its object, payments deferrals, waiver or suspension of judicial seizures or cautionary actions or judicial execution or any other measures not entailing the waiver to the credit, which by derogation to articles 1372 and 1411 of the Italian civil code is effective also vis-à-vis those creditors of the same category who do not adhere to the agreement”.

This is a significant exception to the principle of privity of contract which under Italian law and in the secular western legal tradition, provides that a contract does not and may not affect the legal sphere of any party other than the parties to the contract itself.

The moratorium agreement will be valid and effective upon the condition that it is approved by 75% (calculated by the amount of the credit) of the creditors belonging to the same category which should gather creditors having a certain degree of homogeneity.

All creditors of the same category must be invited to participate in the negotiation of the moratorium agreement and must be informed about the financial situation of the debtor. Non adhering creditors are protected by the NCWO principle (no creditors worse off principle) which means that, as a result of the moratorium agreement, it is likely that they will actually receive a prospective benefit higher than the prospective benefit they could get from insolvency proceedings of the same debtor.

An independent professional, normally a financial expert or advisor, shall prepare a specific report – of which he is fully and legally responsible – certifying that: a) the financial data of the company/debtor are true and correct; b) the moratorium agreement is adequate to temporarily govern the crisis of the debtor; c) the NCWO principle is respected.

The moratorium agreement is not subject to previous approval by the relevant competent Tribunal but any creditor opposing the agreement could challenge its validity before the competent court within thirty days from receipt of the copy thereof. The interested party may appeal within 15 days against the first degree decision.

The moratorium agreement is an immediate, quick measure which may fit either a temporary crisis due to exceptional and short-term factors or a debtor in a severe financial situation and its creditors, wishing to negotiate more effective and long-term solutions in the event that the financial crisis of the debtor requires a more detailed, peculiar and accurate recovery plan.

It would be advisable to not postpone the entry into force of the ICC and that debtors may avail themselves of this (and other) useful legal tools in the aftermath of the Covid-19 crisis. 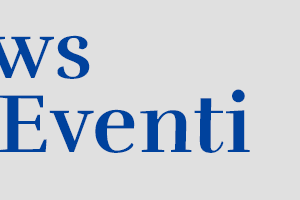 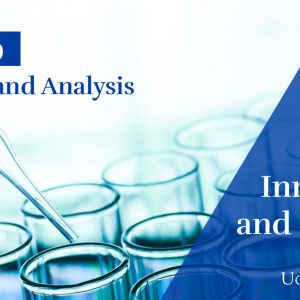