The Italian Court of Cassation at its highest level (a decision of the United Sections) has very recently issued a significant decision (n. 8770 of May 12, 2020) regarding financial derivative contracts (in this case an IRS with an upfront payment). The decision of the Court has had a wide, resonant echo, not only among legal professionals and legal commentators but also in the financial press.

The decision relates to the validity of OTC derivative contracts entered into by banks (an Italian bank in this case) and financial institutions with local government entities (in this case, an Italian coastal municipality). The three relevant IRS were governed by Italian law since public entities in Italy are normally not allowed to choose a governing law other than Italian for the contracts they enter into.

Historically, Italian public entities and, in particular, local entities started using financial derivatives at the beginning of this century at the inception of the transition from the Italian lira to the Euro.

Financial derivatives have been deployed both as instruments of risk management and as a tool for refinancing long-term indebtedness in the ambit of the stricter rules imposed by the Stability and Growth Pact agreed by the EU Member States.

In this new legal and economic environment, the said public entities have been authorized and almost invited to enter into IRS, (purchase of) forward, cap on interest rates, collar on interest rates and various combinations thereof.

Certainly, some banks have exploited the intrinsic asymmetry of information of the market in order to sell “binary options” or other similar unfitting products which have resulted in an involuntary speculative strategy (on the part of local public entities).

It is understandable that the innumerable situations where the financial institutions took advantage of the asymmetrical information at public entities’ costs (and ultimately at the cost of the taxpayer) has generated a stream of controversies in the Italian courts and caused a backlash in the Italian legislation now halting public entities from stipulating any derivatives at all (save for limited exceptions).

In the recent decision, the Court has followed a comprehensive, still quite elaborate way of reasoning in which the role of the judicial control of the contract appears to be particularly deep.

The decision of the Court of Cassation – confirming the decision issued by the Court of Appeal of Bologna which had struck down three IRS concluded by an Italian bank with the Municipality of a coastal town on the Adriatic Riviera – has two pillars.

It is worth briefly mentioning that the second pillar of the decision lies on the fact that insofar as an upfront payment of an OTC IRS is a new indebtedness or a substantial renegotiation of an existing indebtedness with pluriannual effects, according to the relevant Italian law on local entities, the obligations enshrined in the contract are subject to authorization by the town council and not by the town board, otherwise resulting in an invalid obligation of the municipality.

As to the first pillar, the Court has scrutinized whether IRSs are valid contracts under Italian law and advocated that IRSs, as any other financial derivative, are valid since they are considered by the legal system to be “rational bets”, which means not futile, pure bets, but financial techniques normally used in the market in order to manage a financial risk and, as such, based on a rational, mathematical control of the future expectations of the parties to the contract (to the extent such expectations may be controlled and quantified).

Besides, being pure technical instruments, derivative contracts are eligible for different purposes which shall be investigated from case to case in order to understand whether they actually have a purpose which is legitimate and compliant with the legal system.

Italian lawmakers have severely restricted the use of derivatives by local government entities. Firstly with progressive and restrictive limitations to the use of derivatives (in 2008), and afterward by establishing a general interdiction for local government entities to enter into derivatives (in 2013) if not under very peculiar situations (situations in which derivatives are aimed at closing the existing positions or at transferring existing OTC to other parties, for instance). Any contract impinging in such prohibition would be considered null and void, only to the benefit and upon request of the local entities.

According to the Court’s reasoning, however, even before the entry into force of the more restrictive provisions mentioned above, some fences already existed in the law, preventing public local entities from validly entering into speculative OTC derivatives.

The Court has not held, in this particular case, that the relevant OTC derivatives were entered into on the basis of a speculative purpose but that they were not a “rational bet”. By reading paragraph 8.1 of the Court decision, it would even seem that a “rational bet” is the equivalent of a fitting or convenient contract.

The most significant and controversial part of the judgement affirms that no “rational bet” (and no valid financial derivative contract) exists where the financial intermediary has not disclosed to the counterparty: a) the mark-to-market value of the relevant derivative; b) the implicit or hidden costs attached to the contracts  and; c) the probabilistic scenarios which ought to quantify and calculate the actual risk; all in order to put the public entities in the position to fully understand the uncertainties entangled in a given financial derivative, which normally would not be allowed to public entities (even before the general inhibition enshrined in the 2013 legislation).

The judgement of the Court has raised severe criticism and some concern among legal commentators about the possibility that a similar reasoning could also be applied to derivative contracts entered into by corporations or private legal entities.

Going through the literal wording of the decision, it is unclear whether the conclusion reached by the Court may also be applied and extended (i) to companies (whatever the governing law of the contract); and (ii) to contracts governed by English law (at least for those contracts which have been entered into before the entry into force of MIFID in Italy). From a substantial viewpoint, there would be room to advocate both that such limitations should also apply or not apply to privately owned companies.

However, from a different perspective, the judgement of the Court may represent a good starting point to enact new legislation in order to allow public entities to avail themselves of financial derivatives which are helpful instruments to reduce the risk linked to interest rate oscillation. The alternative being that the public sector will have no access to sophisticated tools and risk management will be limited to the classic binary alternative between a fixed and a floating interest rate.

The decision of the Court is grounded on a reasonable equilibrium by identifying the specific information a financial institution shall provide to a customer like a local government entity, i.e. the mark-to-market of the OTC derivative at least at the time of the execution of the contract and a probabilistic analysis of the risk to be managed through the derivative. Actually the value of a derivative contract is the result of the combination of the value of the costs (including transaction costs and mark-up), on one side, and the value of the risk (which is transferred upon the financial intermediary), both conveyed in the pricing of a derivative. The information duties imposed on the financial intermediary, as a specification of the MIFID duties upon the investment firm, should also be mitigated by an analogous responsibility on the local entities to look for an independent assessment of the value of the contract. From this viewpoint, the decision may represent a reliable legal framework for a future, more lenient legislation allowing local government entities to have access to the financial derivative market. 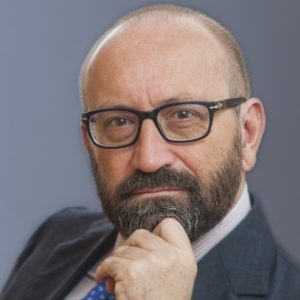 SCF wins with Ughi e Nunziante against Poltronesofà, marking an important achievement for the recording industry.