The relevant Covid emergency legislation seems to suggest that CIGD can only be requested after the employer and the most representative Trade Unions on a national scale have reached an agreement on its use. However, the need for this prior agreement is still being debated, especially after the recent newsletter No. 72/2021 issued by the Italian Social Security Agency (“INPS”).

In the abovementioned newsletter, INPS specified that employers who already reached an agreement with the Trade Unions, and therefore requested and obtained CIGD in the past months, can make new CIGD requests without having to reach a new agreement for each new request. In other words, after the first agreement between the employer and the Trade Unions, the former can make a new CIGD request after simply informing the Unions, without needing their consent.

Q. Does the INAIL insurance against work-related injuries apply to accidents that happened to smart working employees?

A. The National Institute for Insurance Against Work-related Injuries (“INAIL”) has recently granted coverage (i.e. insurance coverage against work-related injuries) for the first time to a smart working employee who suffered bone fractures as a result of falling down a flight of stairs in her home during a telephone call.

Initially, the INAIL refused to grant its insurance coverage on the ground that the accident could not be linked to the employee’s duties, but the Trade Unions challenged this decision. Following this challenge, INAIL reviewed its initial refusal and granted the insurance coverage to the employee above, because the call during which she fell from the stairs, thus suffering some fractures, was entirely work-related and, therefore, the accident should have been considered linked to her activities and duties.

After this precedent, it is safe to assume that the INAIL will grant its insurance coverage to other smart working employees who injure themselves at home, as long as such injuries are work-related.

Q. How can employers readmit employees previously affected by COVID-19 to the workplace?

A. On April 12th, 2021, the Ministry of Health issued official instructions on how employees that have been away from work due to being affected by COVID-19 can be readmitted at the work place.

In particular, the Ministry described different procedures depending on the symptoms shown by the affected employee.

Employees that developed very serious symptoms, such as pneumonia or acute respiratory infection, as well as those who have been treated in intensive care, can be readmitted only after being certified COVID-negative and with the approval of the company doctor, who must verify that they are able to carry out their duties.

Employees who resulted COVID-positive but developed lesser symptoms than those described above can be readmitted after self-isolating for a period of 10 days from the discovery of said symptoms and only after they have resulted negative from a molecular COVID test executed not earlier than 3 days from the symptoms disappearance.

Employees who resulted COVID-positive but were asymptomatic can be readmitted after self-isolating for a period of 10 days from the positive test and only after receiving negative results from a molecular COVID test executed at the end of said self-isolation period.

Employees who continue to result COVID-positive from molecular COVID testing but are asymptomatic for at least a week can stop their self-isolation after 21 days from the appearance of the symptoms. These employees can be readmitted only after resulting negative from a molecular or antigenic COVID swab test.

Lastly, employees who have been in “close contact” with COVID-positive subjects should always be assigned to smart working but, if this is not possible, can be readmitted at work after 10 days of self-isolation and a negative result from a molecular or antigenic COVID swab test.

1. An employee’s right to be heard in a disciplinary procedure has limits.
Court of Cassation, judgement No. 9313/2021

Pursuant to Art. 7 of the Workers’ Statute, an employee has the right to be heard in an oral hearing by his/her employer before being subjected to disciplinary action, if he/she requests so.

In April 2021, the Supreme Court of Cassation decided on a case in which a public employee requested such a hearing, but later asked his employer – who had already scheduled the hearing – to postpone it, claiming he would have not been able to participate in it for health reasons. The employer did postpone the hearing, but then the employee asked for it to be postponed a second time, claiming once again health problems. This time, however, the employer rejected this new request and terminated the employment contract with said employee, who in turn challenged his termination.

The Supreme Court ruled in favour of the employer, declaring that in both public and private employment a termination may be deemed unlawful on the grounds that the employee was not heard at the personal hearing he/she requested only if the employee can prove that his/her right to justify and defend him/herself during the disciplinary process was negatively affected by not participating in said hearing.

2. No-vax employees can be forced to go on holiday.
Labour Court of Belluno, judgement of April 19, 2021

According to Art. 2087 of the Italian Civil Code, the employer must adopt all measures that are needed to protect its employees’ physical and mental health, taking into account the experience and techniques available, as well as the specific risks linked to the relevant employees’ duties.

The Labour Court of Belluno recently applied this principle to rule in favour of an employer who forced some of its employees who refused to be vaccinated against COVID-19 to go on holiday.

The Labour Court observed that the affected employees were executing duties that exposed them to frequent contact with the public and reasoned that the vaccine that was offered to them because of the fact that they were working in healthcare could be considered the best way to protect them as well as their colleagues from COVID-19.

For these reasons, the Labour Court deemed lawful the employer’s decision to force these “no-vax employees” to use their accrued holidays, since the protection of all employees’ health and safety comes before their right to choose their holiday period.

Even with a precedent such as this, it must be noted that the possibility to outright suspend (without salary) or even terminate any no-vax employee that could pose a potential risk of COVID-19 infection on the workplace is still up for debate.

3. Employers can change the applicable CBA after its expiration date, even if it provides for an automatic extension until its renewal.
Labour Court of Rome, judgement of April 19, 2021

Pursuant to the Italian Employment Law, an employer can freely choose which CBA to apply to its employees; furthermore, if the chosen CBA has not been signed by the most representative Unions on a national scale, the employer must ensure that its employees have the same rights and treatment (i.e. salary) of those who benefit from a CBA signed by the most representative Unions.

The Labour Court of Rome recently discussed the possibility for an employer to change the applied CBA, if it provides for a clear expiration date or there is a clause that keeps it in effect until renewed.

On this matter, the Labour Court specified that only the signing parties have the right to cancel a CBA. Therefore an employer cannot unilaterally decide to stop applying a specific CBA, unless said CBA has already expired.

This being said, some CBAs contain a clause by which the contract remains in effect until renewed, even after their expiration date. The Labour Court found clauses such as these to be unlawful as there is no mechanism in Italian Legislation allowing subjects to be perpetually bound by the same contract while also being incapable of cancelling it. All contracts, including CBAs, are temporary by nature and linked to a precise historical and social context that is always changing.

In conclusion, the Labour Court of Rome declared that an employer can, in fact, unilaterally decide to switch to a new CBA, even if signed with different Trade Unions, but that such a decision is only lawful if the previously applied CBA was expired, even if it contained a clause by which it remained in effect until renewed.

The Court also specified that changing the applied CBA cannot take away from the affected employees any rights they already acquired pursuant to the previous CBA, but such change can still lawfully worsen these workers “future” employment conditions, for example providing for smaller salary increases in the following years or worse working hours. 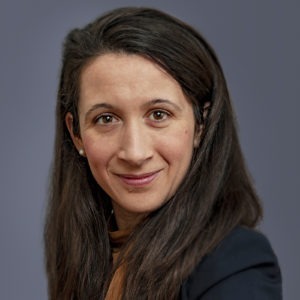 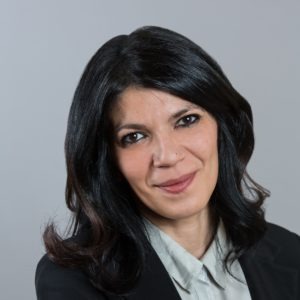 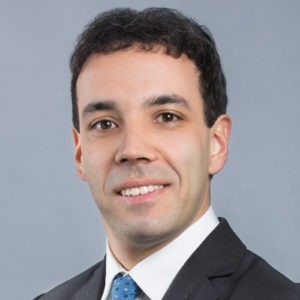 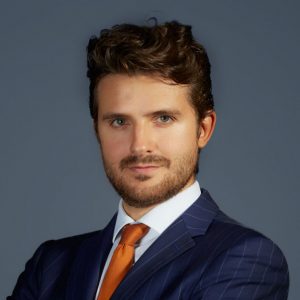