The ecological transition is a priority of NextGenerationEU and is in line with the European  2030 decarbonization goals, the National Recovery and Resilience Plan – NRRP – has set aside 69.94 billion Euro, i.e. around 35% of the total allocation, to climate goals.

And it is the Second Mission of the NRRP, called Green Revolution and Ecological Transition, dedicated to the major themes of sustainable agriculture, the circular economy, the energy transition, sustainable mobility, the energy efficiency of buildings, water resources and pollution, which takes up the largest slice of the Plan’s investments, with the goal – to be realized in a relatively short time span – of achieving a sustainable socio-economic system, moving towards a society with zero impact on the environment.

The gradual and complete decarbonization of the system is mainly driven by the increase in energy produced from renewable sources, in the modernization and enhancement of infrastructure, by the use of hydrogen and by the development of more sustainable local transport. These interventions which – on the basis of the provisions of the NRRP – depend on the introduction of fundamental legislative reforms, including the simplification of authorization procedures for onshore and offshore renewable energy plants, the creation of a new legal framework to support production from renewables and the extension of the timeframes and of the admissibility of the current support regimes, as well as a series of regulatory interventions aimed at promoting the production and consumption of renewable gas and hydrogen.

The procurement of electricity through renewables

The aforementioned reforms  and the systematic revision of the legal framework for renewables started last year with the introduction of important legislative changes all aimed at simplifying and facilitating the realization of plants.

Just think, for example, of Decree Law 77/2021 (the so-called “Simplification Decree”, converted with Law no. 108/2021), which, by inserting paragraph 9-bis in art. 6, Leg. Decree no. 28/2011, envisaged the possibility of realizing, through a Simplified Enabling Procedure, photovoltaic plants of up to 20 MW in industrial, manufacturing or commercial areas, landfills or closed and restored landfill plots, or in quarries or quarry plots that cannot be further mined.

Or think of Leg. Decree no. 199/2021 (the so-called “Renewables Decree”, which implemented EU Directive no. 2018/2001 – Red II Directive – on the promotion of energy from renewables source) and which included, among other things, the obligation to establish standard principles and criteria to identify suitable and unsuitable surfaces and areas for the installation of renewable plants, establishing that – pending the aforementioned identification – the following should be considered as certainly suitable (art. 20): (i) the areas where plants for the same energy source are already installed and in which non-substantial changes are to be made pursuant to article 5, paragraphs 3 et seq., of Leg. Decree no. 28/2011; (ii) the areas of the sites subject to reclamation as identified pursuant to Title V, Fourth Part, of Leg. Decree no. 152/2006; (iii) quarries and mines which are exhausted, not recovered or abandoned or in a state of environmental degradation. In order to install plants in suitable areas some procedural simplifications have been introduced, including the non-binding nature of the obligatory opinion on the landscape impact (which the administration responsible for the issue of the authorization can do without, should, once the deadline has passed, the opinion not have been expressed), as well as a reduction by a third in deadlines for the authorization procedures (art. 22).

As briefly indicated, the revision of the legal framework – with a view to simplification – on renewables has – recently – significantly sped up following the Ukraine crisis, as a result of which the Italian Government wants to bring forward the timeframes for decarbonization to 2025 and to become independent from Russian gas by 2023.

For our purposes here, it is noted that these laws include some important simplifications on authorizations for the installation of power plants using renewable sources, and in particular:

In relation to the suitable areas, the Energy Decree, among other things, includes areas for heavy and light industrial use, for services and logistics including those favored for installation and extends the list of suitable areas under the law. The Help Decree also acted on this point and included among the suitable areas those not affected by the presence of assets subject to protection pursuant to Legislative Decree no. 42 of 2004 (Cultural Heritage Code), or which do not fall in the buffer zone for assets protected pursuant to the second part or to article 136, areas of notable public interest, of the same Code. In this case the buffer zone is determined by considering a distance from the perimeters of the assets subject to protection of seven kilometers for wind plants and one kilometer for photovoltaic plants.

Beyond the procedural simplifications – described in short above –, the green transition depends on economic incentives, in relation to which, on the one hand, the Energy Decree intervened by including exceptions to the prohibition on accessing incentives for plants to be located in agricultural areas, while, on the other, the Ministry for the Ecological Transition is already screening the FER 2 Decree, with which the support mechanisms should be completed – extending them to technologies which are not yet fully developed or which have high operating costs (in line with the objectives set by the NRRP) – which are destined for geothermal, offshore wind, biomass, biogas and thermodynamic solar, as well as a “new FER 1” for more mature technologies.

The procurement of gas through national hydrocarbons

On 13 February, before the invasion of Ukraine, the Ministry for the Ecological Transition published the PiTESAI, i.e. the Plan for the sustainable energy transition of suitable areas, approved on 28 December 2021 with a Ministerial decree, in application of art. 11-ter, Decree Law no. 135/2018.

The goal of the Plan was to identify, through a territorial strategic approach, an established framework of the areas in which it is allowed to undertake (and continue) work to prospect, explore and produce national hydrocarbons, in order to valorize the environmental, social and economic sustainability of the areas themselves and accompany the transition of the national energy system to decarbonization.

With the formulation of the PiTESAI, environmental social and economic criteria have been identified on the basis of which to establish whether a particular area is potentially suitable for mining activities and/or compatible with their continuation, if already in place.

Requests for prospecting and exploration can go forward only if they regard gas and only if presented after 1 January 2010 and falling within “potentially suitable areas”.

In the cases where this mining potential has not been confirmed, on and offshore production concessions continue only if they have existing infrastructure or infrastructure which has already been approved in “potentially suitable areas”, except for those which have been unproductive for more than 7 years before adopting the Plan for reasons beyond the concessionaire’s control, and which instead do not continue.

Finally, the other production concessions in force which, at the date of adopting the PiTESAI, do not fall under the aforementioned cases, will remain in force until their expiry – which should be understood as expiry of the right or of the extension also during its release – without the possibility of any further extensions.

The PiTESAI arouses a lot of significant perplexity on a legal level. Besides the questionability of the strategic-political choice of limiting gas production, given the limited polluting impact of such activities, just think of the fact that gas production concessions, in order to be released, have had to overcome ad hoc Environmental Impact Assessment/Integrated Environmental Authorization procedures. The criteria to identify the unsuitable areas are not founded on equally specific and thorough investigations. Therefore, it is not easy to understand the rationale underpinning the ban on further extensions. In addition, the risk underpinning the limits introduced by the PiTESAI regards the violation of legitimate expectations as well as of the rights and interests of investors who could bring action for compensation against the Italian State for very high amounts.

Confirming these perplexities, given the scenario described, the outbreak of the war between Russia and Ukraine forced the Italian Government to a rapid and drastic rethink of its contents, through the approval, at the end of March, of the Energy Decree, which introduced urgent measures to combat the economic and humanitarian effects of the Ukraine crisis.

In particular, art. 16 of the Energy Decree set a series of measures to face the energy price crisis by strengthening the security of supply of natural gas at fair prices and the reduction in emissions of climate-altering gases.

The provision eliminated the distinction between areas that have been productive and unproductive for more than 5 or 7 years contained in the PiTESAI, but kept unchanged the distinction between potentially suitable and unsuitable areas, introducing, with regard only to the potentially suitable areas, a special procedure which enables GSE, in agreement with the Ministry for Ecological Transition and the Ministry of Economy and Finance, to assess the suitability of plants for the production of natural gas.

Specifically, it is envisaged that, within thirty days of the coming into force of the Decree, GSE – or its subsidiaries – may start, at the instruction of the Minister of the Ecological Transition, procedures for the long-term procurement of national natural gas from all the holders of gas production concessions, regardless of the fact that their production plant falls in areas that have been productive for more than 7 or 5 years or has been voluntarily suspended, but provided that the plant itself falls wholly or partly in areas considered suitable according to the indications provided in the PiTESAI.

The proceedings to evaluate and authorize the works needed to realize the action plans are completed within six months from the date of starting the same.

Finally, the Help Decree introduced some provisions with a view to simplifying and accelerating energy production from fossil fuels and regasification. Specifically: 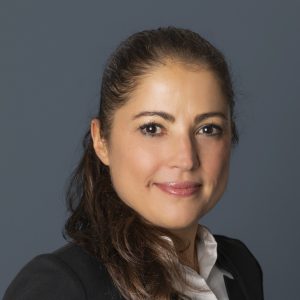 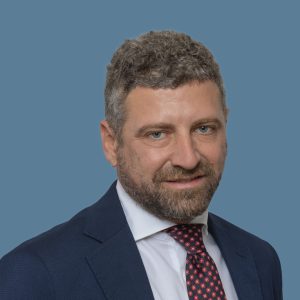 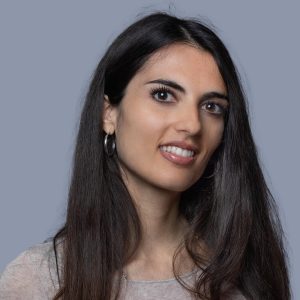