The Italian Supreme Court referred to the EU Court of Justice the judgement on the compatibility of article 20 of Presidential Decree 131/86 with VAT regulations, in particular the part in which it does not allow the sale of individual assets subject to VAT to be re-characterized as a unitary transfer of business.

Until the enactment of Budget Act of 2018, art. 20 provided that, for the purposes of registration tax, “the tax is applied according to the intrinsic nature and legal effects of the acts submitted for registration, even if the title or apparent form does not correspond to it” and was interpreted in the sense that several interrelated acts could be treated as a unit.

In past years, the Inland Revenue – legitimated by the jurisprudence of the Supreme Court – used art. 20 as the basis to qualify as a transfer of business (subject to proportional registration tax and excluded from VAT) operations carried out by transferring the company assets with multiple separate acts, as well as transactions consisting of the contribution of business followed by the transfer of shares.

In 2018, the rule was reformulated by the legislature specifically to prevent its use as an anti-avoidance tool as it had been used by the Inland Revenue.

In particular, the wording of art. 20 resulting from the amendment (which has been recognized retroactive) states that registration tax is to be applied “according to the intrinsic nature and legal effects of the deed submitted for registration, even if the title or apparent form does not correspond, on the basis of the elements that can be deduced from the deed itself, leaving aside extratextual elements and the deeds linked to it”.

The “new” regulation, therefore, requires the interpretation of the individual deed brought to registration on the basis of its content only. As a consequence, any recharacterization based on the economic content of connected deeds can be carried out solely by seeking application of the regulation on the abuse of law contained in art. 10-bis of Law 212/2000, that provides for specific procedures aimed at ensuring an effective debate with the tax authorities and the taxpayer’s right of defence at every stage of the tax assessment.

With Interlocutory Order no. 10283/2022, in fact, the Supreme Court asks the EU Court to clarify whether art. 20, as reformulated conflicts with EU law (art. 5 no. 8 of Directive 77/388/EEC, art. 8 of Directive 77/388/EC and art. 19 of Directive 2006/112/EC), where it requires the tax authorities to qualify the transaction between the parties exclusively on the basis of the elements deducible from the deed, thus preventing qualification as a business, for VAT purposes, the multiple supplies of goods artificially broken down into a plurality of acts.

The remittal to EUCJ could be done because, as a result of the principle of alternating VAT and registration tax, the qualification of deeds for registration tax purposes necessarily entails consequences for VAT purposes.

In the view of the Italian Supreme Court, the impossibility under the new version of art. 20 to qualify as transfer of business (subject to registration tax and excluded from VAT) a sale transaction carried out by means of several acts of transfer of assets (taxable for VAT purposes) would be in contrast with the case law of the Court of Justice, according to which “a transaction cannot be artificially divided into several parts so as not to alter the functionality of the VAT system, so that there is a single supply when two or more services or actions carried out by the taxable person for the benefit of the customer are so closely linked as to form, objectively, a single indissociable economic supply, the splitting of which would be artificial” (thus writes Cass. 10283/2022, paraphrasing the ruling of the Court of Justice March 4, 2021, Case C-581/19, Frenetikexito).

In light of these principles, the Supreme Court contends that the Court of Justice should verify whether the notion of “elements inferable from the deed” to which the interpretation of deeds for the purposes of registration tax and – consequently – also of VAT is bound, is not too restrictive, compared to the notion of “objective elements” to which, instead, European case law refers.

The Italian Supreme Court has referred the judgement on the compatibility of article 20 of Presidential Decree 131/86 with VAT regulations to the EU Court of Justice, in particular the part in which it does not allow the sale of individual assets subject to VAT to be re-characterized as a unitary transfer of business. 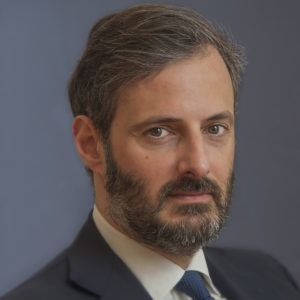 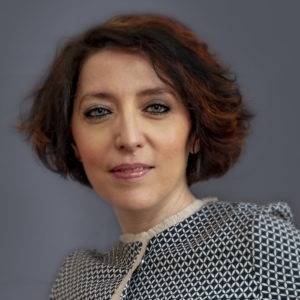