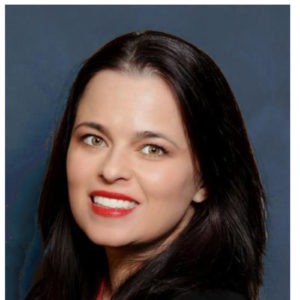 Emily Maxwell is a seasoned litigator and trial attorney with 20 years of experience defending and prosecuting complex cases.  She is admitted to practice in California and England and Wales.  She currently focuses her practice on European internal investigations for fraud and corruption.  She previously served top technology companies in Silicon Valley in complex business disputes; intellectual property disputes, including patent infringement cases; unfair competition litigation; domestic and international arbitrations; Racketeering Influenced Corrupt Organization cases and other corruption cases; copyright disputes; protection of trade secrets and confidential information; and licensing and contract disputes, including partnership and software development disputes.  She managed legal teams of up to 20 people, first and second chaired trials, conducted over 200 depositions and served as the partner in charge of litigation training for the San Francisco office at her prior firm, DLA Piper.

Emily received her law degree from UCLA where she studied as a recipient of the Phi Beta Kappa Alpha Association Scholarship – an award granted to the top graduating Phi Beta Kappa inductee.  Emily was admitted to the California Bar and started her career at Gray Cary Ware & Freidenrich in 1996 where she became a partner in 2005.  Gray Cary Ware & Freidenrich later merged with DLA and Piper Rudnick to become DLA Piper.  In 2008, Emily moved her practice to Howrey where she continued to represent Apple, Steve Jobs and other notable Silicon Valley companies.  In 2011, Emily relocated to Milan, Italy.  She worked in the banking group at Bonelli Erede Papardallo and was admitted as a solicitor in England and Wales in 2013.