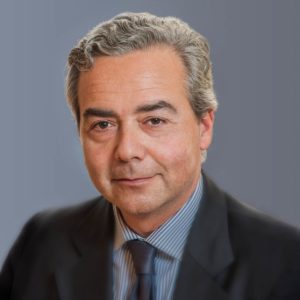 Filippo Mazza is a partner of Ughi e Nunziante Studio Legale based in the Rome office. After more than 15 years of experience in US firms, Filippo’s practice mainly focuses on corporate M&A, private equity and real estate, both at domestic and international level. Further, Filippo has extensive experience in business restructuring with a special focus on executive and directors dismissal related issues.  His practice also includes handling regulatory and arbitration issues associated with corporate matters.

He is particularly active in the insurance and energy markets, having assisted several large public corporations in their investments and restructuring operations in Italy.

Filippo has published several articles on tender offers, international contracts, and comparative law and is a frequent lecturer at seminars and masters’ programs held by Italian universities. He has been admitted to the Italian Supreme Court.

Filippo is described by Legal 500 EMEA 2013 as a “highly professional lawyer” for Corporate and M&A. The Italian corporate practice also ranks in Chambers Global and Chambers Europe 2013, and services provided by the team are described as “excellent” in the TopLegal Corporate and M&A survey 2013 where Filippo is described by clients as “thorough and professional”. He is also mentioned by IFLR 1000 2012 and is ranked as a leader in M&A by Chambers Europe 2011.

He is fluent in Italian, English and French.