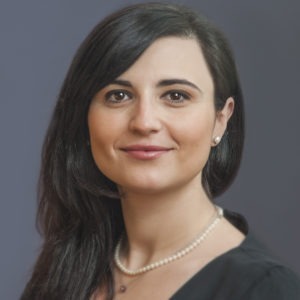 Ledia joined the Rome office of Ughi e Nunziante as an associate in 2013. Her areas of expertise include contract law, banking & finance, and corporate law, providing full judicial and extrajudicial assistance.

Ledia is a member of the editorial board of Il Foro Napoletano and is the author of several articles on contract law.

She has been admitted to the bar of Rome.