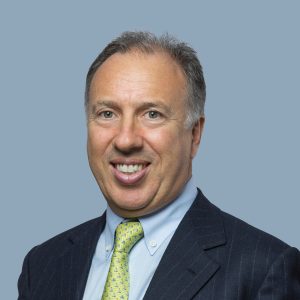 Luigi has been practicing law since 1998 and has held positions of trust with the Court of Rome’s Insolvency Section acting as Insolvency Trustee, Judicial Commissioner and Judicial Liquidator. He has also acted on behalf of other local Courts, having handled over 200 cases. In addition, he has acted as legal advisor in numerous insolvency proceedings throughout Italy.

He has advised on notable extraordinary administration procedures such as Alitalia, Tirrenia di Navigazione, Impresa, Agile, Eutelia, among others, as well as on directors/managers liability actions.

In his role as legal advisor, since 2008 he has filed over 100 proposals for composition with creditors, debt restructuring agreements pursuant to art. 182-bis of the Bankruptcy Law, and certified recovery plans for as many companies in difficulty across various industrial, commercial and tertiary sectors, in particular tourism-hotel, pharmaceutical, healthcare, publishing, construction, energy/oil, integrated water service, maritime, trade fairs, food, etc.to name a few.

Recent procedures for composition with creditors include:

In the period 2007/2009 he was elected member of the Commission for “Relations with the European Union” for the Organismo unitario dell’avvocatura italiana (Unitary Organisation of the Italian Bar).

In 2009 he was a member of the group assisting the Commission for the reform of the law on extraordinary administration of large undertakings in economic difficulty appointed by the Minister of Economic Development.