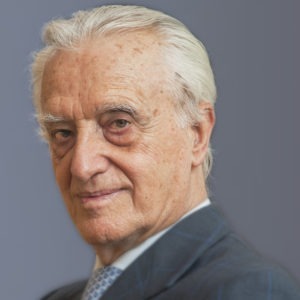 Among the WHO’S WHO LEGAL top Banking lawyers in Italy.

Marcello Gioscia, senior partner of the Firm Ughi e Nunziante, works at the Rome office. He is in charge of the banking and finance sector as well as an expert in M&A and privatizations.

After attending a course in American Law at Brown University, Providence, Rhode Island, Marcello Gioscia attended a Master of Laws at Columbia University School of Law, New York where he obtained his LLM.

Marcello Gioscia has gained considerable experience in this sector, having dealt with a number of significant transactions: he represented Hermes Asset Management Europe in an action filed by Parmalat worth 5 billion Euro and Banco Bilbao Vizcaya as leader of the group within the framework of the privatization of BNL; he assisted Banco Bilbao Vizcaya Argentaria in relation to the public takeover bid of Banca Nazionale del Lavoro (BNL); he represented JP Morgan in an equity derivatives transaction aimed at facilitating the public offering of Telegate AG (listed on the German stock exchange); he assisted Banca Commerciale Italiana (BCI) and Warburg Dillon Read in the privatisation of BCI; he acted as co-ordinator in the IPO for Autostrade-.

He is regularly asked to act as speaker at conferences and seminars on Banking and Finance Law matters.

He was co-chairman of the International Bar Association Banking Committee, member of the Association Européenne de Droit Bancaire et Financier as well as of the Board of the Unidroit Foundation.

He is fluent in Italian, English, French and Spanish.