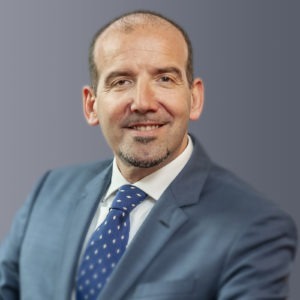 Massimiliano joined Ughi e Nunziante in Milan as partner in 2019, together with his team from the legal boutique D&P – Legal Support for Ideas, which he cofounded with Daniela De Pasquale in 2012, after several years of experience, also as a partner of a prominent Italian law firm, in the areas of Intellectual Property, Data Protection and Information Technology.

He graduated in law at the State University of Milan in 1995, and then attended a Master in It Law and Legal Informatics offered by CIRSFID (University of Bologna). He has served as a lecturer at the University of Insubria for the course of information and computer law.

In his areas of practice, Massimiliano has gained valuable experience – particularly in the data economy, medical device, and fashion industries – in assisting both well-structured companies, including multinationals, and start-ups.

Massimiliano was ranked by Who’s Who Legal among the professionals with a specific expertise in Information Technology and Data Privacy & Protection, and is frequently invited to speak at workshops and conferences, also abroad. He is the author of several articles and publications.

Massimiliano was admitted to the Italian bar (Milan) in 1999 and to the Supreme Court in 2018.  He has been a Certified International Privacy Professional – EU   (CIPP/E) since 2014.

He is fluent in Italian and English.