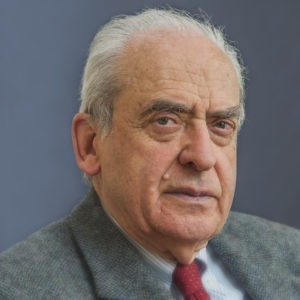 Member of the Board and Executive Committee of Ente Nazionale Idrocarburi – ENI (1986-1990).

Vice-President of the ICC International Court of Arbitration of Paris (1998-2005).

Former member of the Consiglio Arbitrale of the Arbitration Chambers of Milan and Rome, of the Advisory Board of the International Council for Commercial Arbitration (ICCA) and of the Comité scientifique de la Revue de l’Arbitrage and of the ASA Bulletin. Appointed by Italy as a panel member of the ICSID, based on the 1965 Washington Convention.

Professor of international arbitration law at the LUISS Guido Carli University of Rome (1982-2005).

He has acted as counsel, arbitrator or chairman in more than 300 arbitration cases, both on commercial and investment matters, including disputes under the ICSID Convention, and arbitration rules such as those of the UNCITRAL, ICC, LCIA, the Stockholm Institute of Arbitration, Cairo Centre, NAI.

He is the author of books and articles on arbitration, investment protection, international trade law, contracts among States and private investors and collaborates with numerous Italian and international journals.

He is fluent in Italian, English, French and Spanish.