The Legislative Decree published today in the Official Gazette (DL) provides for measures granting special temporary powers with the objective of expanding the prerogatives of the Government and extending the application of “Golden Powers” to all sectors deemed of strategic importance indicated by the EU Regulation 2019/452 on the screening of foreign direct investments (FDI Regulation) also to investments made by subjects belonging to the European Union.

The DL provision intervenes on article 2 of Legislative Decree no. 21/2012, cd. “Golden Power Decree”, which governs the special powers of the Government relating to strategic assets in the energy, transport and communications sectors, as well as in the sectors indicated in Article 4, par. 1, of the FDI Regulation.

The special powers granted to the Government under the Golden Power Decree consist in the power to:

The Golden Power Decree contemplates that the identification of strategic assets in the sectors referred to in Article 4, par. 1, of the FDI Regulation shall be made through the adoption of a specific decree (Strategic Assets DPCM): such decree has not yet been adopted. Article 4, par 1, of the FDI Regulation considers the following sectors strategic:

Pending the adoption of the Strategic Assets DPCM, the Golden Power Decree envisaged the application of special powers for the purchase of equity investments in companies with assets in the sectors referred to in Article 4, par. 1, letters a) and b), of the FDI Regulation, determining the acquisition of control and stable settlement.

The changes introduced by the DL to the existing legal framework

In this context, the changes introduced by the DL provide that:

The new provisions will remain in force until 31 December 2020 and are applicable to all relevant transactions for which the notification obligation is triggered during the term of validity, even if the notification occurred later or was omitted.

All acts and measures adopted in the exercise of the special powers, as well as the effects produced and the legal relationships arising on the basis thereof, remain valid even after 31 December 2020.

It should be stressed that noncompliance with the notification obligation under the Golden Power Decree – unless the fact constitutes a crime and without prejudice to the invalidity provided for by law – triggers the application of an administrative fine up to double the value of the transaction and in any case not less than 1 percent of the cumulative turnover of the companies involved in the last financial year for which the financial statements have been approved.

Finally, again in the logic of enhancing the controls on transactions that entail changes in the ownership structures of companies, Article 17 of the DL amends and supplement Article 120 of the TUF, regarding the disclosure obligations of significant shareholdings. In particular it provides for: 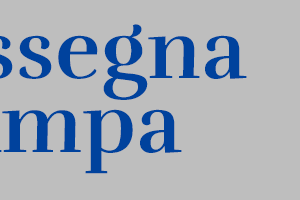